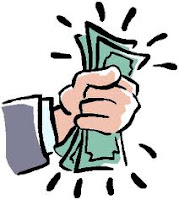 These days it seems, (to me anyway) that many records are regarded more for their rarity, and worth; rather than the content that lies in the grooves. I thought it would be fun to post a few singles, that can be had without breaking your wallet. That's not to say that there's not many great high dollar records out there as well. I just wanted to start a periodic series that appreciates some Pop records that are just as great; but can be had for less money.

The Searchers (Hearts In Her Eyes Single) 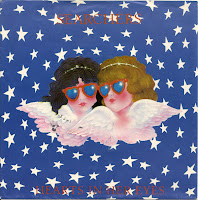 The Searchers are a four piece from Liverpool that originally formed around 1957, as a five piece. After countless line-ups, and records I believe The Searchers are still at it with John McNally, being the only original member. This little Powerpop gem is also found on their 1979 LP titled, "Searchers". If you would like to know more about the group; here's a link for their Official Website. The line-up on this record was: 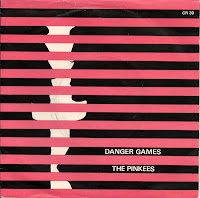 The Pinkees were a great Beatles influenced five piece from Basildon, in Essex, that were around for a short time in the early 80's. I also included a few bonus tracks from their excellent self titled LP for your listening pleasure. I think they had a couple more singles, and that was it.

1. Danger Games
2. Keep On Loving You 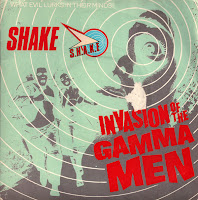 Shake were a short lived four piece from Scotland that formed after the disbanding of the Rezillos, in 1978. The line-up consisted of, Troy Tate, (Guitar/Dialogue) ex Index, future Teardrop Explodes, together with former Rezillos: Jo Callis, (Vocals/Guitar) Simon Templar, (Bass/Vocals) and Angle Paterson,(Drums). Shake released a 10” ep titled “Culture Shock”, and this single before calling it quits.

1. Invasion Of The Gamma Men
2. Night By Night

The Civilians (In America Single) 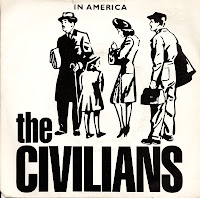 The Civilians, were a London four piece, who I believe formed sometime around 1979, and disbanded shortly after this, (their second single) was released in 1980. Their first single was released on the Arista Label in 1979, and was titled “Made For Television”, bw “ I See My Friends”.

1. In America
2. In Seach Of Pleasure 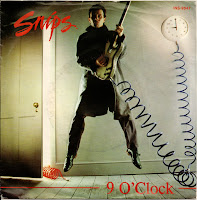 I’m not really sure about my facts on this one; so if anyone wants to correct me, have at it. Snips a.k.a Steve Parsons grew up in Bridlington, Yorkshire. He was lead singer for a number of bands including:The Baker Gurvitz Army, and Sharks. He released a pair of LPs: "Video King" and "La Rocca!" in the late 70’s, early 80’s. This single was taken from “La Rocca”; the LP was supported by the likes of Bill Nelson, Chris Spedding, and Midge Ure.

wow this is a great idea Frank. i'll have to download some stuff. as soon as i saw the Beatles in your description of the Pinkees i had to download it. THANK YOU! this is awesome. i just downloaded an lp of theirs now. it's great. man i love these Beatles inspired bands. Danger Games is a rager. thanks again.

i've been good, pretty busy though. i see you've been posting like a machine, haha.

I hurt my back, and I've been out of work for a couple of weeks. I've had more free time than usual. It sucks getting old!!!

To destroy the reality said...