The Rattlecats - Run My Life Single 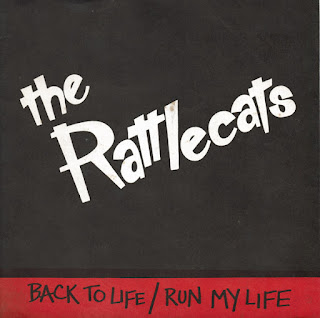 The Rattlecats were a Austin, Texas four piece; that formed in the late 70's. This was their only record, it was self released. 500 copies were pressed. A mistake was made on the label. Run My Life was printed as Run My Live. The V was crossed out by hand and changed to an F. A stamped sleeve, with the band name and paw prints also exists. By 1983, the band called it quits. Cheap Rewards put out a cool unreleased song on, "Radio Ready, Vol 1" If you want to read more on these guys go check his blog out.
Line Up

G.Squad - In My Mind Single 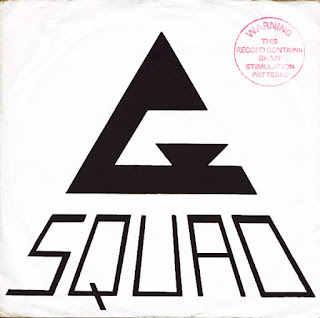 Once again, a big thank to Paul Powell for the band info. G squad were a mostly Norfolk, based four piece; around from 1979 til 1982. This single and a few other songs were recorded over two sessions at Octopus Studios in Stowupland, Suffolk. Unfortunately, I've noticed a slight pressing issue with my copy. There's a bit of audible noise on side one but it's not terrible.

1. In My Mind
2.Roomfull Of Paper
♫♫►►Saying Words That I Don't Understand◄◄♫♫
Posted by Frank Miller 2 comments:

The Kicks - Get Off The Telephone Single 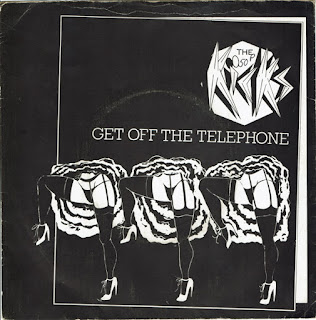 a re-post by request, originally posted 1-24-2009, new rips and pics, enjoy!
The Kicks, originally known as the Incredible Kidda Band; were a Nuneaton, UK six piece. This was the bands third release. Two preceding singles: "Everybody Knows" and "Fighting My Way Back" were released under The Incredible Kidda Band and The Kidda Band respectively. A second single as The Kicks, "If Looks Could Kill" was released in 1981.
The band changed their name one more time to We're Only Human; before disbanding in 1989.
Line Up
Alan Hammonds - Guitar, Vocals
Graham Hammonds - Percussion, Vocals
Dave Lister - Guitar, Vocals
Les Rollason - Bass
John Rollason - Guitar, Vocals
Paul Gardener - Drums
Carrere Records 1980
1. Get Off The Telephone
2. Big Boys Don't Cry
♫♫►►I Gotta Make My Call◄◄♫♫
Posted by Frank Miller 3 comments:

The Action - She's Got My Heart Single 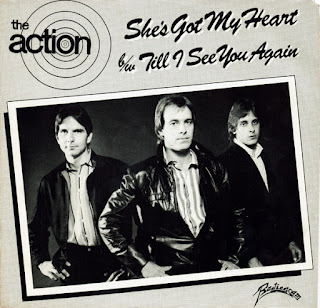 a re-post by request, originally posted 10-14-2010, new rips and scans, enjoy!.
The Action were a three piece, from the Stow, Akron, Ohio area. They formed sometime around 1977, and self released three singles, this being their third . They're all worth owning, but this, and Radio Music, are definitely my favorites. By 1983 they decided to call it quits.
Line Up
Michael Purkhiser - Guitar, Vocals
Cliff Bryant - Drums
Brent Warren - Bass, Vocals
Radiogram Records 1982
1. She's Got My Heart
2. Till I See You Again
♫♫♫►►But It's Just Not The Same◄◄♫♫♫
Posted by Frank Miller 7 comments: 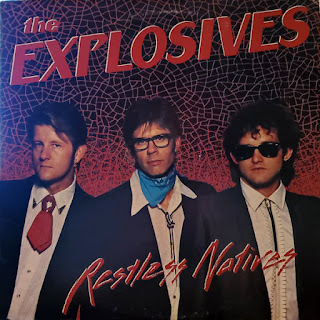 
The Explosives were a Austin, Texas three piece that were around from the late 70's, till shortly after this was released. There were also three singles and a couple of tracks on the Live at Raul's album in addition to this record

Riff Doctors (I Don't Wan't To Go Back Single) 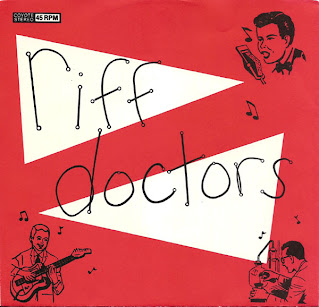 (re-post, new rips)
Riff Doctors were a short lived four piece from possibly, the Hoboken NJ area. I found a track on one of the Teenline comps that suggests they were from Durham, NC,? Anyway, I'm pretty sure this was their only record; it was put out on Steve Fallon’s Coyote records label, who formerly owned Maxwell’s, a great club in Hoboken. After this, Donna Esposito, (formerly of The Cyclones) joined the band, and they changed their name to “Cowboy, and Spin Girl”. There's a cassette only release you can hear over at the great Wilfully Obscure Blog. As usual, information is limited; so if I have something wrong, or there’s something you would like to add, please feel free.

♫♫♫►►►I Hope You Understand◄◄◄♫♫♫
Posted by Frank Miller 6 comments: