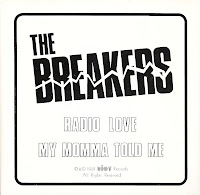 The Breakers were a L.A Powerpop outfit that formed in 1979 out of the ashes of an acoustic group called Buck Royce Rye. originally a four piece, they became fixtures on L.A's local club scene. This single was released in 1981, so although the bands WEBSITE says they cut down to a three piece in 82, I' going to assume it was a little earlier. Sometime in 83 The Breakers wrapped it up. They have a 2 disc CDR called Past and Way Past with 30 songs on it, you can purchase HERE . They have a cool website as well, go check it out. 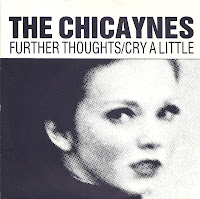 Here's a great record from another band I couldn't find any info on. They were a U.K. band that were around in the early 80's. Other than this single, the only other record I've ever seen by them was a split with a Philly band called the Patriots. If anyone would like to fill in the blanks, please be my guest.
.
Bam Caruso Records 1981
.
1. Further Thoughts
2. Cry a little
.
***DOWNLOAD***
Posted by Frank Miller 9 comments:

The Ugly (Stranded In The Laneway Single) 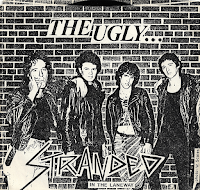 For a band that had such a bad reputation, this is a really a melodic Pop influenced record. The Ugly were one of the earliest Punk bands from from Toronto’s east end. They formed in 1976 as The Rotten, but changed their name to "The Ugly" when they realized Johnny Rotten had already claimed the name. Being the loudest, and one of most intimidating bands of the Toronto underground, they earned the moniker "hoodlum rockers". One of the bands biggest problems was, at least one of them were constantly in trouble with the law, or in jail. They would often play places off the beatin path to avoid the police, and singer Mike Nightmare would wear disguises, such as a black leather mask or big yellow sunglasses to conceal his identity. As they put it, the band disbanded in 1978 as a result of the never ending chaos. In 1996 Other Peoples Music released a 17 track disc of material recorded in 1977 called "Disorder," that you can pick up HERE . I read, singer Mike Nightmare passed away The next year while in jail. In all, The Ugly appeared on The "And Now Live From Toronto, The Last Pogo comp from 1978",This Single, and a few more recent releases of older material, including a video titled,"The Last Pogo recorded in 1978, released in 2008. The band reunited in 2007, and has a show scheduled on Sat. July 17, 2010. at : The Garrison 1197 Dundas St. West. Toronto, Time: 9:00 PM.Price: $10. Here's the Official Ugly Web Site , go check them out.
.
Explosion Records 1978
.
1. Stranded In The Laneway (of love)
2. To Have Some Fun
.
***DOWNLOAD***

The Showbiz Kids (She Goes To Fino's Single) 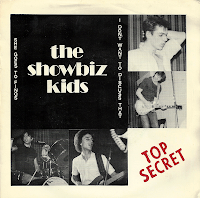 I couldn't find a whole lot of info on The Showbiz Kids. Here's a few things I came across, I have no way of knowing if there true. The Showbiz Kids were a former band of OLGA (Michael Algar) of Toy Dolls fame. He wrote She Goes To Finos, (which by the way was a night club in their home town of Sunderland England) he is not listed as a band member. The band was around from 1976 to 1981, and named themselves after the Steely Dan song ?I read that Robert Coyle, changed his name from Robert Kent, and then gave the name to the bands drummer. He again changed his name to Robert kane and did time with The Animals, and Dr Feelgood. I couldn't find any thing on Pat Mcmahon, or Phil Hyslop, so if you have any info on the band I'm curious. Both songs are great Pop influenced Punk, Enjoy !!!
.
Top Secret Records 1980
.
1. She Goes To Finos
2. I Don't Want To Discuss That
.
***DOWNLOAD***
Posted by Frank Miller 8 comments:

The Reducers (Out Of Step Single) 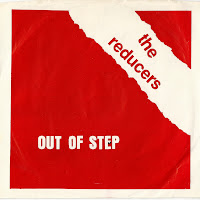 Here's one of my favorite singles from New London, Connecticut's, The Reducers. I posted Their first LP a while back, and I added Out Of Step as a bonus track. This is such a great record I thought it deserved a proper posting. If your interested in hearing the LP, and learning about the band, as well as links look HERE . I have an extra copy of this in vg- condition for trade, if anyone is interested email me.
.
Reducer Music 1982
.
1. Out Of Step
2. No Ambition
.
***DOWNLOAD***
Posted by Frank Miller 4 comments:

The Cute Lepers (So Screwed Up Single) 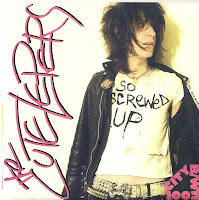 Here's a great record from Seattle Washington's The Cute Lepers. Their sound is a mix of 70's retro Powerpop and punk. The band was started by Steve E. Nix of The Briefs in 2007 and I guess you could say they really don't stray too far from the Briefs musically but, they definitely have a poppier edge.
As far as I know they have at least five singles, a couple of splits, and two full lengths. All their records are definitely worth picking up. It looks as though their in the middle of an over seas tour right now promoting their new LP "Smart Accessories". I hope to get a chance to see them live one day. Here's some sites where you can pick up some of their merchandise and learn more about them. Official Website , Myspace , and Wikipedia .
.
Drunk' N ' Roll Records 2007
.
1. So Screwed Up
2. Cool City
.
***DOWNLOAD***
Posted by Frank Miller No comments: 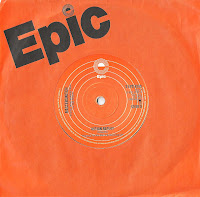 Masterswitch were a London based five piece that formed in 1976. Band members were; Jimmy Edwards, (vocals) Ray Simonee,(guitar) Steve Wilkes, (guitar) Mark Steed, (bass) and Martin Lee (drums).
This was their only release, and what a release it was, a real classic! Unfortunately, due to many of the usual reasons, 1978 saw Masterswitches end.
I found some info on WIKIPEDIA that said: Jimmy and Ray went on to join Time UK with former The Jam drummer Rick Buckler. After three singles they split, although Jimmy and Buckler formed the short-lived Sharp with Buckler's ex-Jam band mate Bruce Foxton. It looks as though, Detour, or one of their affiliated labels is releasing Masterswitches unreleased LP. I couldn't actually find it for sale but for more band info, and info on the LP, you can look HERE .
.
Epic Records 1978
.
1. Action Replay
2. Mass Media Meditation
.
***DOWNLOAD***
Posted by Frank Miller 4 comments:

The Readymades (Terry Is A Space Cadet Single) 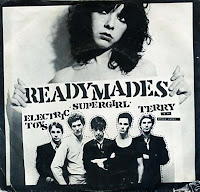 The Readymades were a five piece from San Francisco. I believe they were around from 1977 to 79 ? As far as I know, this was their only single. I'm partial to Electric Toys but, Supergirl is pretty cool as well. They also did the theme song for a 415 Records comp. I found an lp titled Mostly Live put out on Rave Up Records You can get HERE .For more information, go check out their MYSPACE AND FACEBOOK pages .
.
Automatic Records 1977
.
1. Terry Is A Space Cadet
2. Supergirl
3. Electric Toys
.
***DOWNLOAD***
Posted by Frank Miller 3 comments:

The Freshies (Wrap Up The Rockets Single) 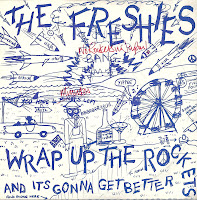 Here's another great single from Manchester's The Freshies. I posted Their Yellow Spot single, a while back, you can check it out HERE . They formed some time in the mid 1970's, and released their first single on Chris Sievey's own Razz Records in 1978. After a number of singles on Razz Records they reached number 54 in the UK charts with Their biggest selling and best known song on MCA records, "I'm In Love With The Girl On The Manchester Virgin Megastore Checkout Desk", renamed as "I'm In Love With The Girl On A Certain Manchester Megastore Checkout Desk" By request of Virgin Records. Two more singles followed on MCA, including this one, and one on Stiff records before calling it a day. Oddly enough they never recorded an album.
.
MCA Records 1981
.
1. Wrap Up The Rockets
2. Gonna Get Better
.
***DOWNLOAD***
Posted by Frank Miller 14 comments:

The Quick (In Tune With Our Times Single) 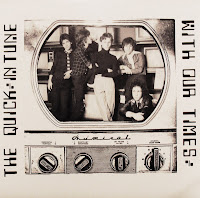 The Quick were a Los Angeles five piece that formed around 1975. They had one lp titled : Mondo Deco, on Mercury Records, in 1977, and a couple of limited-edition fan club releases. This single is a reissue of In Tune With Our Times disc, (minus Over The Rainbow). I think they only released a couple hundred originally. The band found little commercial success, and broke up in 1978. There's a couple of great reads HERE and HERE with some great band info. Besides the many Dickies connections, members later went on to be with bands such as ; Great Buildings The Rembrandts, and Three O'Clock. You can pick this record up HERE !!!! Get it while you can.
.
Bacchus Archives 2005 ??? (I'm not really sure when this came out)
.
1. Pretty Please
2. You Yeah You
3. Jimmy Too Bad
.
***DOWNLOAD***