The Cold (You Single) 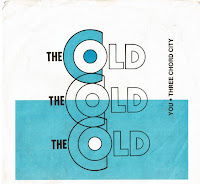 a repost by request, originally posted 8-12-09 new post, rip and scans, enjoy!
The Cold were a New Orleans five piece. The band formed in 1979, from the ashes of a previous endeavor called Totally Cold.They released several singles (this being the first) and Two Lp's before calling it quits in 1985. All of their records were released on Kevin Radecker's Top Pop Record label. Vance DeGeneres, brother of Ellen DeGeneres, later worked as an actor, producer, and in comedy. Prior to The Cold, Chris Luckette played drums for The Normals. The Cold were recently inducted into the Louisiana Music Hall of Fame. Here's some great live footage to check out as well!