The Left (Hell It's The World + Bonus) 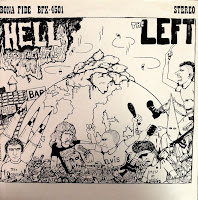 This record has been a long time favorite of mine, and in my opinion, is criminally underrated. I included a bonus track from the Bona Fide records comp titled "The Train To Disaster!", which was The bands Vinyl debut. The Left formed in Hagerstown, Maryland, around 1983, and released this record in 1984. They had Another LP titled," Last Train to Hagerstown" but broke up before the LP was released. You can Check out the Left at their Myspace , they have more detailed band info, along with a CD for sale. You can also pick up the CD along with other cool merchandise at the Bona Fide website.
.
Bona Fide Records 1984
.
***DOWNLOAD***
Posted by Frank Miller 6 comments:

Here's a new label, that's putting out some great Hardcore records. They're available for download, as well as for purchase. Check out Agro-Wax Records !!!
Posted by Frank Miller No comments:

The Reasons Why (In The End Single) 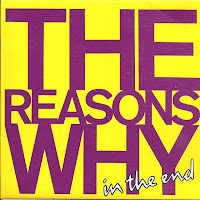 While researching the Clones, I came across, and fell for this record. So I picked it up, and decided to share it with you. All three tracks are great, Undecided almost has a TV 21 feel to it. Most of the info here is taken from The Reasons Why MYSPACE .The Reasons Why formed from the ashes of The Clones in the early 1980s. They went on to record several singles only one of which, (this one) was released on Phantom Records in 1987, it reached number 3 in the independent charts at the time. The band went through several line-up changes before finally splitting up permanently in November of 1987
Lots more information, including stacks of photos, press reviews and mp3s can be found HERE .
.
Phantom Records 1987
.
1. In The End
2. Undecided
3. Big Words
.
***DOWNLOAD***
Posted by Frank Miller 5 comments: 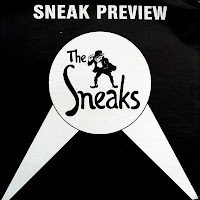 A few months back I posted the second E.P. from The Sneaks, here's the first one. If your interested in learning about these guys go HERE, while your there, pick up their CD. It has both of the EP's that I've posted plus some really great bonus tracks, it's only $10.00, and totally worth your time. This EP has a slightly harder edge then Success the hard way, the track not free is a definite keeper.
.
Taste Records 1981
.
1. One Day
2. High School Brats
3. Not Free
4. Turn On The Lights
5. Mean Teen Queen
6. Indecision
.
***DOWNLOAD***
Posted by Frank Miller No comments:

Ive updated this post due to the sad news that, David Parkinson, who played synths, wrote and produced the great Powerpop classic "Hormones In Action", died on August the 17th, 2010. Here's a link if you'd like to check it out.
Posted by Frank Miller 1 comment:

Last Rites For Genocide And MIA 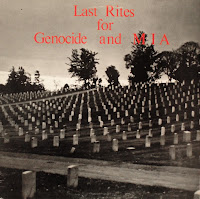 I've been posting quite a bit of Powerpop lately, so I thought this would be a good record to break things up a bit. This totally sizzles from my turntable. Like most people I'm sure, the MIA side of this record is definitely my favorite. While researching, I was a little disappointed there wasn't more info on this split. I wonder how it was decided to pair these bands? Their from opposite sides of the country, and the material wasn't even recorded in the same year. Unfortunately, or fortunately (for exposure purposes), depending on how you look at it for Genocide, they were paired with one of the great Hardcore E.P's of the era. I think that caused their side of the record to be over shadowed. At any rate, its a good effort from the period, just give Syphillis Strain # 5 a listen.
Genocide, were from New Jersey, they were formed around 1979 by Brian and Bobby Ebbs. Besides this split, I think they had a track or two on one of the Dirt Comps, and a full length titled Submit to Genocide. I must admit I never picked up the Lp. Sadly Bobby Ebbs died, I can't find the exact date though.
MIA's origins were in Las Vegas, singer Mike Conley, drummer Chris Moon and guitarist Nick Adams were in a band called The Swell. They broke up in 1981, and moved to Orange County, where they formed MIA. In All, they released this split, three full lengths, and they had a number of compilation appearances. In 1988 they split up. Sadly, in 2008 vocalist Mike Conley was found dead in a Chicago hotel parking lot. Alternative Tentacles released a MIA retrospective called Lost Boys in 2001, you can still get it HERE .
.
Smoke Seven Records 1982
.
***DOWNLOAD***
Posted by Frank Miller 2 comments: 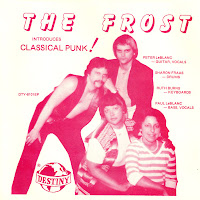 The Frost are going to introduce you to some classical Punk??? Well,..... maybe not unless they're referring to 60's punk, and even then, not so much. What you have here (in my opinion) is a primitive, stripped down, 70's sounding Pop record with some 60's overtones. If I had to make a comparison, think Slickee Boys, meets The Bizarros, with less attitude. I'm not putting this down mind you, I really like it, especially the song Mirrors. I'm rambling because as usual I can't find anything on these guys. I'm going to guess they were from the New England area, and the Matrix tells us, it's from 1981. The back side of the record is blank, and as is the case with most of Destiny's releases, they give you little or no band info.
.
Destiny Records 1981
.
1. Games
2. Tell Me Why
3. Where Am I
4. Mirrors
5. All I Need
.
***DOWNLOAD***
Posted by Frank Miller 2 comments: 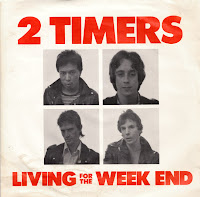 The 2 Timers were from N.Y.C., they formed in 1978, and after playing the area for a few months decided to move to London. It was there they signed to Virgin Records, and release their first single, Now That I've Lost My Baby / Fast And Furious. Sometime after that, they moved back to N.Y. and released this record. It looks as though it was self released, anyway not long after the 2 Timers packed it in. I found a MYSPACE you can check out that goes into a little more detail than me.
.
2 Timer Records 1979
.
1. Living For The Week End
2. The Good Die Young
.
***DOWNLOAD***
Posted by Frank Miller No comments: