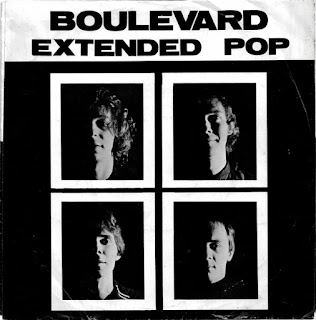 Boulevard were a Chicago four piece that left us with two, self released efforts; this being the second. Although I've never heard it, I read the 1st record has more of a 60's flare.
Sometime in the mid 2000's; the band surfaced again as a three piece, minus Scott Murray, under The Boolevards. They released a couple of full lengths; with a 60's pop edge.
One of the more enjoyable aspects of doing this blog is learning things I didn't know about bands. The full lengths titled, " Real Pop & More Real Pop" sound really good. I'm definitely planning on grabbing them up. If you're interested in checking them out, here's a couple links.

♫♫►►Set The World On Fire◄◄♫♫
Posted by Frank Miller 6 comments: 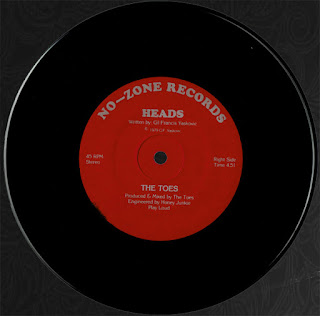 Not much info on this one. Best I can surmise; The Toes were a Hartford, Connecticut, three piece. I found a comp called, " Homespun WHCN - 106 FM"; that features Heads. The band's pictured on the back as a three piece. I'm guessing this was they're only record and it appears self released. Gil Francis Yaskovic gets writing credits for both tunes.
Under normal light, the record appears black but if you hold it up to the light; it's a dark, translucent, purple.
If anyone has anything to add or correct, please let me know.
No-Zone Recordings 1979
1. Heads
2. Anyway
♫♫►►We're Livin' Our Lives Anyway◄◄♫♫
Posted by Frank Miller 1 comment: