The Night Brigade (Gotta Place In My Heart Single) 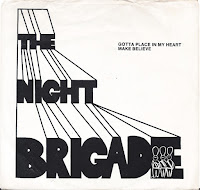 The Night Brigade were a three piece, that appear to have been from NYC. I'm making that  assumption because this was recorded at Blank Tapes Studio. Unfortunately, I couldn't find any other real info on the band. Both tunes are top notch Powerpop; making this a classic and a must own.

The Doctors (Be My Lawyer SIngle) 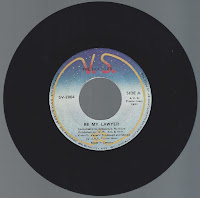 Here's a cool Canadian two sider, that I basically couldn't find any info on. The Doctors may have been from Ontario but I'm guessing from the record label. Be my Lawyer is a solid Powerpop tune, while the flip, Hey You has a upbeat Punky, New Wave feel. Hey You is my pick of the two but both tunes are solid. I'm guessing the scarcity of info means this record is fairly rare so if anyone has any info on the band to share; I would appreciate it, Enjoy! 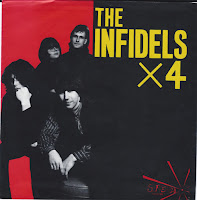 a repost, by request, originally posted 10/01/08, new rips and scans, enjoy!
The Infidels were, (or are?) a great four piece from Youngstown, Ohio. They have at least: three full lengths, a couple of E.P's and a few singles to their credit. I can't speak for anything after the first Lp but all of their early releases are a must. I'm not sure but it looks as though they may still be at it; here's their Facebook Page.

1. Take One More Look
2. Evil Change Of Season
3. You Should See Yourself
4. I Can't Take It No More 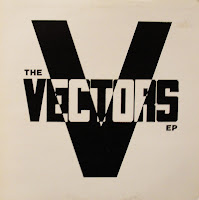 a repost, by request, originally posted 05/06/10, new rips and scans, enjoy!
The Vectors were from Fullerton, California. They first made their mark in 1979 by landing a spot with a novelty song called "Death To Disco" on the " Insane Darrell Wayne No Disco Album". After gaining airplay on KROQ, KNAC and several college radio stations, a permanent line-up was put together and they began gigging around Orange County, and Los Angeles. Although The Vectors earned a large following, major label success eluded them. I think sometime around 1981 they called it a day. I'm pretty sure their only releases were the Death To Disco Single, and this EP. Other than the comp track listed above, Hey Kirby also appeared on the "The Up Another Octave Transmission" comp. They have a Myspace , other than that there's not much on them.

The Braille Party (Welcome To Maryland) 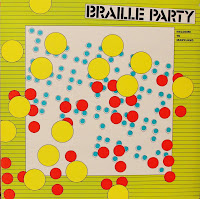 
Read more: http://shotgunsolution.blogspot.com/#ixzz46PWSm4ar
The Braille Party was a Maryland three piece that left us with this lp and a couple of compilation tracks. Musically this record is all over the place. It ranges from dreamy pop, to blazing fast hardcore. Overall it's somewhat strange but, there are some really memorable songs that grow on you with every listen. My favorite has always been, Who's Patronizing Who. The great lyrics, swirling almost TSOL like guitars, and short bursts of speed, made(for me anyway) this an instant DC classic. I spent quite a while trying to separate these tracks. If it's not perfect I apologize.