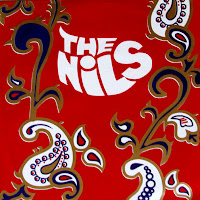 I've been wanting to post a Nils record for a while; but I couldn't decide which one(I like them all). Since I couldn't make up my mind; I thought it would be cool to put together a comp, with a few of my favorites from each release. I used the cover from the "Paisley ep" which is pretty hard to find these days. The Nils were from Montreal, Canada; they were around from 1978, through 1994. Although the band went through a number of line up changes; the core was brothers: Alex, and Carlos, Soria. Before they called it quits, the Nils released; one Demo Cassette, two ep's, one full length, and a few Comp tracks. In 1997, Mag Wheel Records released a retrospective compilation titled "Green Fields In Daylight". I borrowed the first three tracks for this from it; but I riped the rest from vinyl. Green Fields has these songs as well, minus the LP tracks; but I never felt the quality was that great. Sadly, in 2004, Alex Soria committed suicide; if you'd like, you can read about it HERE. I found THIS PAGE as well for reading. Unfortunately, (in my opinion) The Nils were another one of those bands, that really weren't appreciated like they should have been. If for some reason your not familiar with these guys; give this collection a listen; and hear for yourself. 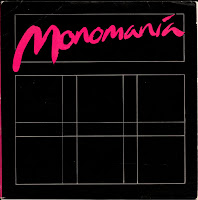 Monomania were a four piece from N.Y.C, that were around from 1980 to 1984. Band members were: Tony Cultreri, (Lead Guitar, and Vocals) Mike Tugetman, (Guitar, and Vocals) Brian Lynch, (Bass, and Vocals) and Joe Fiori, (Drums, and Vocals). I found THESE two WEBSITES, that have band info, as well as links to Utube videos and new music. Self Released? 1981 1. Left The Stage 2. Come Home To Me ***DOWNLOAD***
Posted by Frank Miller 1 comment: 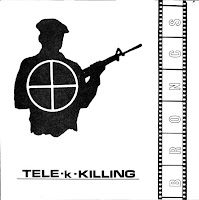 Here's a great record from Cleveland, Ohio's The Broncs. The title track, and Reason to whine, (for me) are both cool, but Reason to whine is my favorite of the two, I'm a sucker for a walking bass line. The Broncs shared members with Cleveland outfits such as: The Pagans, The Offbeats, and The AK-47's. I'm pretty sure this was their only record, and it came in two sleeve variations, I think this is a second press. Band Band members were: Keith/Lair Matic, (Vocals) Tim Allee, (Guitars, and Vocals) Rand Primos, (Bass) and Bart Hidebrant, (Drums). If you would like to read more about The Broncs, HERE"S a COUPLE of places to start. 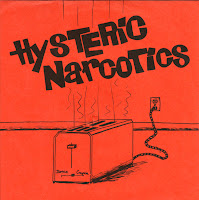 The Hysteric Narcotics were a Detroit area band that formed in 1983, and lasted till 1989. During that time span, they released four singles, (this being the second) an Lp titled "Batteries Not Included" which I included a couple of my favorite tunes from, (both are covers) and four comp. appearances. Since the break up, they've kept the band alive through a number of reunion shows, and in 2010 released a 25-song retrospective CD called, “From the Desolation Where the Greasewood Grows,” on the Gangplank Records Label . There's a great band bio for you to check out there; and if you like what you hear, you can pick up their disc through CDbaby.

The Backdoor Men (Going Her Own Way Single) 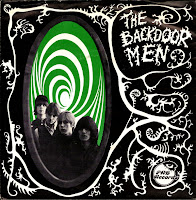 The Backdoor Men were a Swedish four piece that formed in 1984. This was their second of two singles. They also appeared on the compilations: “Best Of Electric Eye Records”, "Raw Cuts #2", and "Roots Of Swedish Pop Vol. 2". If you would like to read more about the band; HERE'S a great place to start. Band members were: Hans Ingemansson, (Guitar,Vocals,and Organ)
Robert Jelinek, ( Guitar,and Vocals) Stefan Nilsson, (Bass) and Ismail Samie, ( Drums)

1. Going Her Own Way
2. Dance Of The Savages

The Secrets* ( It's Your Heart Tonight Single) 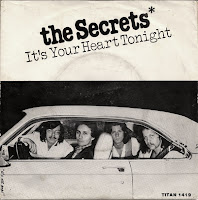 The Secrets* were from Kansas City, they formed in 1978, and this was their first single, only 1000 were pressed. This is my favorite release from Titan Records. They also released a comp track, another single, and an LP containing a more slick version of It's Your Heart Tonight; that you can find over at The Sons Of The Dolls Blog. I guess around 1983 they called it a day. There's a 2 disc set of Titan Records releases called "It's All Pop", that you can find HERE . Band members were: Brent Hoad, (Guitar, and Vocals) Norm Dahlor, (Bass) Steve Davis, (Lead Guitar) Pat Tomek, (Drums).

1. It's Your Heart Tonight
2. Get Your Radio 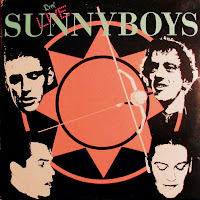 The Sunnyboys have been a long time favorite of mine. If this site continues long enough, and if no one complains; I can see myself posting most, if not all of their early releases. In my opinion they're all classics. I actually intended on posting another record, when I stumbled upon this. It was recorded in Sydney, at The Chevron Hotel, and The Maroubra Seals Club, in 1984, as part of their farewell tour. I guess it wasn't real long after this, that the Sunnyboys decided to call it a day. I posted their first single a few years ago, if your interested, there's a band bio there as well.

Code Of Honor (What Are We Gonna Do ? Single) 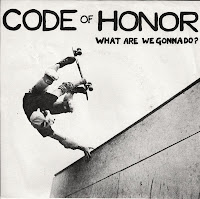 Here's a great single from San Francisco's, Code Of Honor. It was one of many classic releases on the Subterranean Records Label. I posted their split with sick Pleasure a couple of years ago, you can find it HERE. There's a lengthy bio on the band, that you can check out on their MYSPACE.
Band Members were:
Johnithin Christ, (Vocals) Michael Fox, (Guitar) David Chavez, (Bass) and Sal Paradise (Drums)