Mod Lang (Because of You Single) 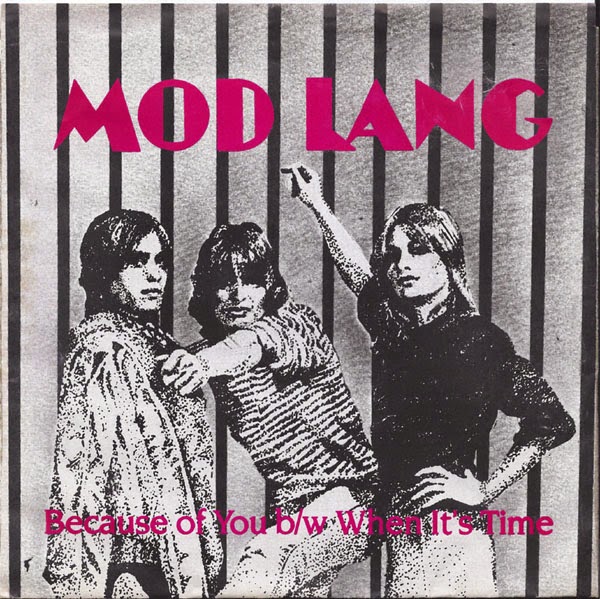 Mod Lang is a three piece that I wasn't able to find any info on. Unfortunately, the sleeve doesn't yield much either. If anyone can help fill in the blanks, it would be most appreciated. I guess I'll stop rambling now..... Enjoy! 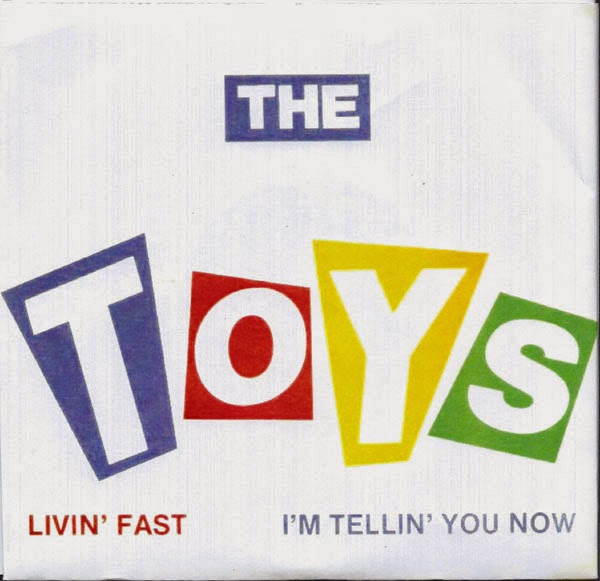 This is a repost by request; originally posted 6/7/10.
Formed in 1979 by brothers Alan, and Kevin Kalicki, (Rocky Starr and Kevin Rat), from the ashes of their previous band Aunt Helen,(who released one single titled "Big Money / Rebecca in 1978). The Toys became one of the premiere live bands of Buffalo N.Y.'S Punk movement. This single, and a track on a compilation that's unknown to me were their only releases. In 1982, they changed their name to the New Toys, picked up a new Bass player, and relocated Staten Island, before disbanding in 1984. Sadly, Alan Kalicki passed away In 1996, he was 41 years old.

The Donuts (All The Innocent Girls) 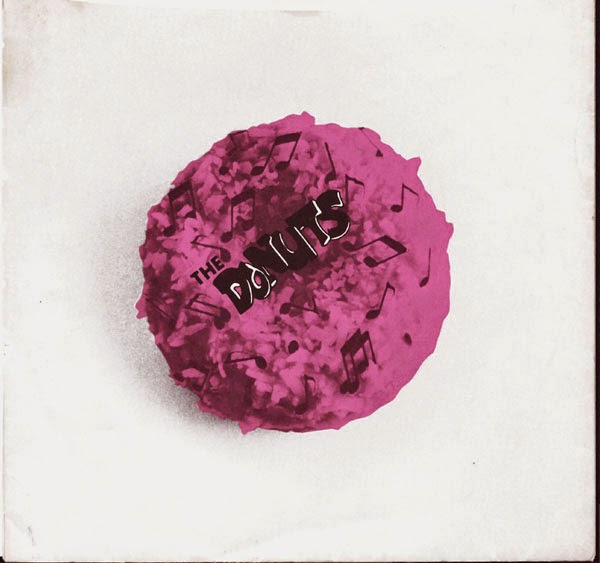 I wasn't able to uncover much about The Donuts. What little I was able to find came from a memorial tribute, posted on YouTube.
Here's a couple of things I found interesting....
The back of the sleeve lists three Guitar players and the song order on the sleeve is reversed. The dead wax lists "All The Innocent Girls" as the A side. That's my favorite of the two anyway; so that's the order I went with. I apologize for the small amount of noise at the beginning of both tracks. Sometimes, records look better than they play.
The Donuts transplanted to Los Angeles, from the Bay Area in the late 70's. Soon after, Chris Hauptmann was recruited to round out the line up. This was, (as far as I know) the bands only record; and it appears to have been self released. As I mentioned above; Sadly, Paul Skelton passed away in 2009, RIP.

1. All The Innocent Girls
2. She May Be Your Girl

Easy Money (Getting Lost and Standing In Your Shadow Singles) 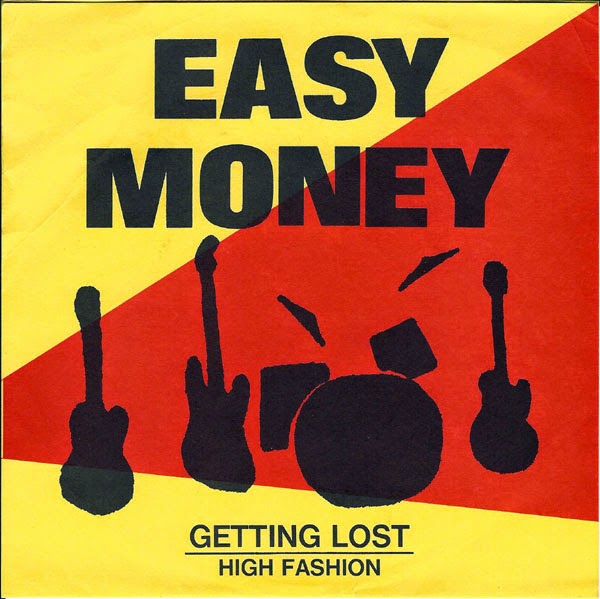 Easy Money were a Victoria, B.C. four piece, that existed from around 1978 till 1984. Here's both of their excellent singles; on Richards Records, which I think was a local area record store. It's a shame they didn't release anything else. As catchy as both of these singles are, I'm sure they would have released a top notch full length. I'm really left wanting more. 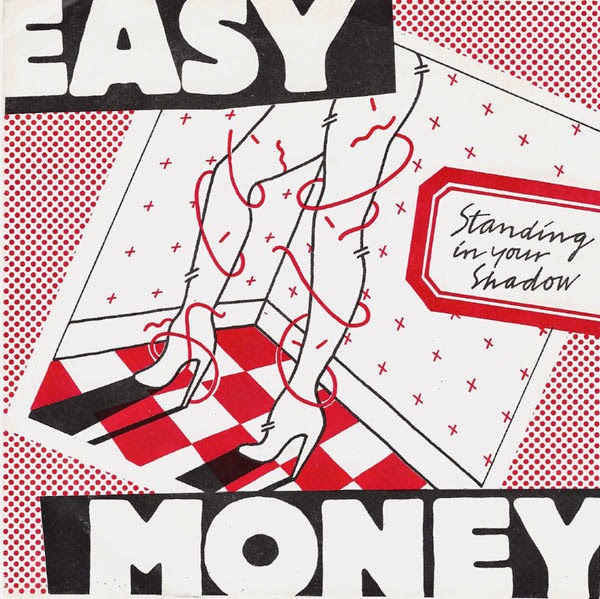 1. Standing In Your Shadow
2. No Stranger To Danger

The Keepers ( By The Same Name Ep ) 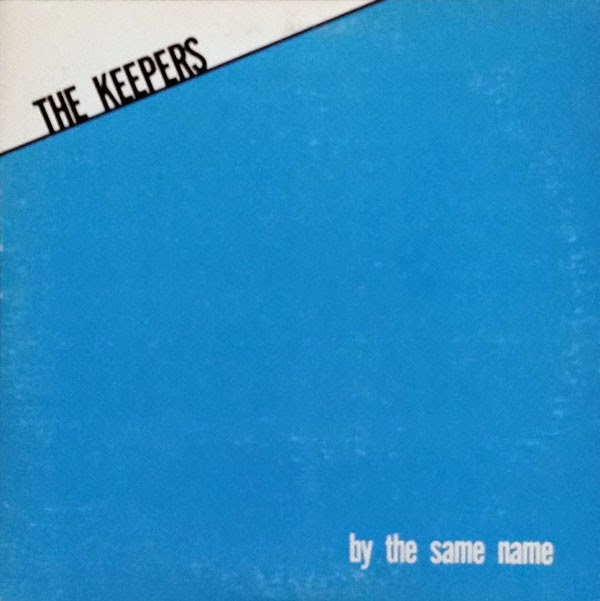 This is a repost, by request, originally from 8/17/09
The Keepers were a five piece from Oxford, OH that formed sometime in the early Eighties. When I first posted this record six years ago there was very little information to be found on these guys. Since that time unfortunately, not allot has changed; I did however find this Facebook Page. I remember reading somewhere, the band eventually moved to Boston and after little success, called it quits. 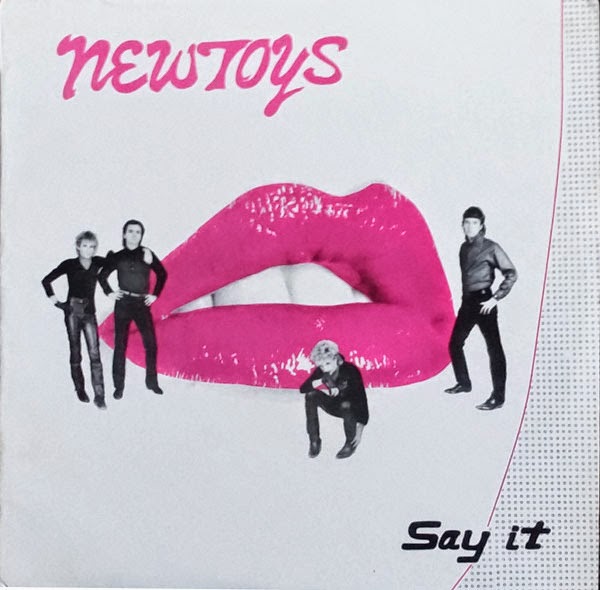 This is a repost by request from 5/25/11.
The Newtoys were a Buffalo, N.Y. four piece that formed in 1979, originally as The Toys. They released one single as The Toys in 1980. In 1982 the band changed their name to The NewToys, released this LP, and relocated Staten Island. They continued as The NewToys for a couple more years, before disbanding sometime around 1984. 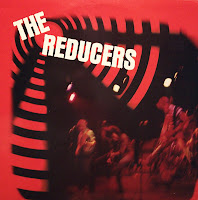 This is a repost, by request from 10/15/09.
The Reducers were a New London, Connecticut four piece that formed in 1978. In all, they released nine Lp's and a hand full of singles. This, their first full length effort was released, (as is the case with all of their records) on their own Rave On Records label. The Reducers disbanded in 2012, following the sad passing of their bassist Steve Kaika from cancer. If your interested in learning more about the band, here's a few links you can check out:
The Reducers.Com - Facebook - Twitter - Youtube
You can still purchase the majority of The Reducers releases; click on the Rave On Records Link below. 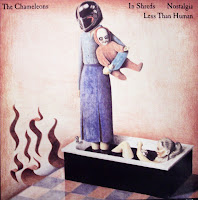 This is a repost by request from 3/11/09.
This is my favorite Chameleons record; "Nostalgia" is such a great song.
The Chameleons formed in Manchester, England, in 1981 from the ashes of a number of local groups. Mark Burgess, ( vocals/bass) began with the Cliches, (Guitarists) Reg Smithies and Dave Fielding from the Years and John Lever ( Drums, who replaced founding member Brian Schofield) from the Politicians.
After releasing three full lengths and a number of singles and Ep's; The Chameleons disbanded in 1987, following the  death of their manager Tony Fletcher. The band reformed in 2000 and released a couple more Lp's before once again disbanding in 2003. 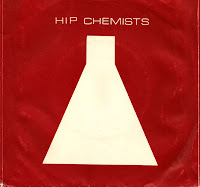 This is a Repost, by request from 4/17/11. I've taken the information for this from comments associated with my original post of this record. If anything I've wrote here is incorrect, please let me know.
The Hip Chemists were a short lived Carbondale Illinois four piece; that formed in 1982, while attending Southern Illinois University. Originally called the Dead End Kids, they changed their name to Hip Chemists and recorded this, their only single. "Pop Songs" was inspired by the assassination of John Lennon. Dave Balchen, (Bass) and Stan Barker, (a friend of the band, who wrote "Pop Songs") were in Chicago's first punk band, The Crucified in 1977. They were the first Chicago punk band to release a record; a 4 song EP on they're own Power Records label. The Crucified broke up in 1978, due to the lack of clubs in Chicago willing to book punk bands at the time. Sadly, Stan Barker passed away Sept. 22, 2014, RIP.

As seems to have been the case these last couple of years; I once again find myself apologizing for an extended absence. Unfortunately, my life just doesn't afford me an abundance of time to work on this site anymore. Additionally, for what ever reason; when I do have time, my hearts just not into it. I've been seriously considering selling my record collection, taking the money and buying myself a new Indian motorcycle. As you might imagine; that decision would definitely spell the end for this site and my music collection, as I couldn't and wouldn't be able to replace everything. Even though I've been feeling this way, I still love music. A bit burned out but still in love; which makes it a tough decision. Rather than leave this site hanging around unattended; I'll most likely delete it, if I chose to go that route. It's been hanging by a thread anyway, the last couple of years. For the moment, I'll try my best to post all of the re up requests and maybe a few new ones. We'll see how things go and how I'm feeling. Thanks for all of your comments and support over the years!!
Frank
Posted by Frank Miller 13 comments: