Dead Wretched ( No Hope For Anyone Ep + Convicted) 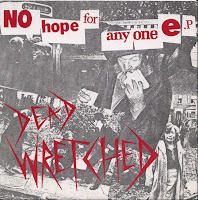 Per Request, (New Rips And Scans) originally posted 8/08/08; since it took me so long to repost this I'm including their second record as well.

Dead Wretched were a foursome from the West Midlands. They released an Ep and a single; both included here. If you'd like to read more about the band; Here's Their MySpace, Enjoy!! 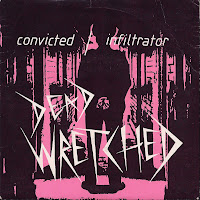 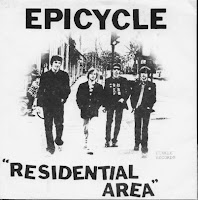 Epicycle were a Chicago area four piece that originally formed in 1979 and were only around a year or so. During that span they released two Ep's, this single, and a full length all on the Cirkle Records Label which was founded by front man Andrew (Ellis Clark). The band reformed around 1998 with new members; they released three full lengths before calling it quits again in 2008. Even though the sleeve suggests Residential Area is the A side of the single, the vinyl and label have it as the B side, so that's what I went with.
On a side note I have a new tube preamp and I've been experimenting with Audacity; trying out some new editing techniques. I recently realized my recordings have allot of clipping. Even though the overall volume of this recording may be slightly lower than my usual recordings; I think it's better quality. If it's not too much trouble; I would like to know what you think?