I'm not always best at keeping up on the passing of musicians but I wanted to mention the unfortunate sad passing of Tommy Ramone. As I  may have said once a long time ago; The Ramones were one of my biggest influences as a kid. They were the gateway band that drew me to punk and underground music to begin with. It's hard to believe all the originals are now gone, all of them passing way too young. When I say originals, I mean that in a literal sense. Even though Marky may have missed the first three Lp's; he'll always be as much the Ramones drummer as Tommy was, and therefore, (in my mind anyways) an original.
In the beginning, Tommy was supposed to be The Ramones manager but ended up taking over drum duties when Joey moved to vocals. He remained their drummer from 1974 to 1978, playing on and co-producing their first three Lp's, as well as playing on the classic live LP, "It's Alive".
Tommy passed away July 11th, 2014 at his home from cancer, he was 65, R.I.P.

The Legendary Earthlings ( Get Out Of Harms Way Ep) 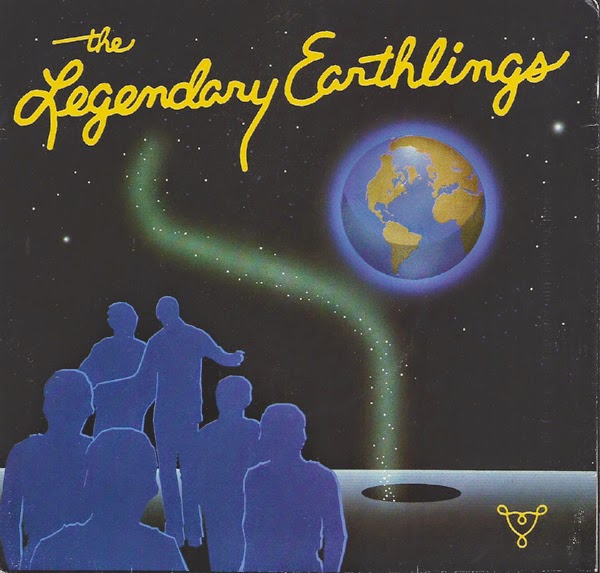 Here's a six piece from, (I'm guessing) the New York / New Jersey area. This appears to be their sole release and unfortunately, I can't find anything on the band. Lead singer, Vic Harrison previously released a great single with an outfit called Cheese. If you've never heard the single it's worth finding. That's all I got. 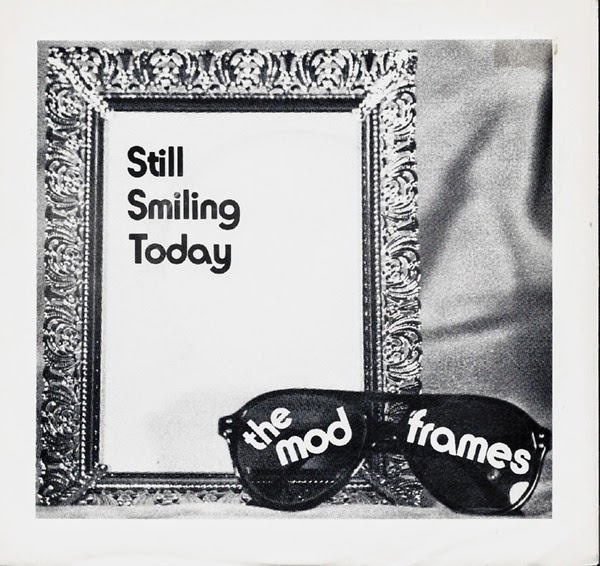 Re-posted, per request, new rips and scans, originally posted 7/20/09, enjoy!!
Excellent first single from New York's The Mod Frames. Both tunes are great 60's influenced Powerpop . I know very little about these guy's so, if anyone has info to share please feel free. Since the sleeve has no info on it, I'm using the second singles line - up; if this is not correct, I apologize.

The Mod Frames (Anyone After You Single) 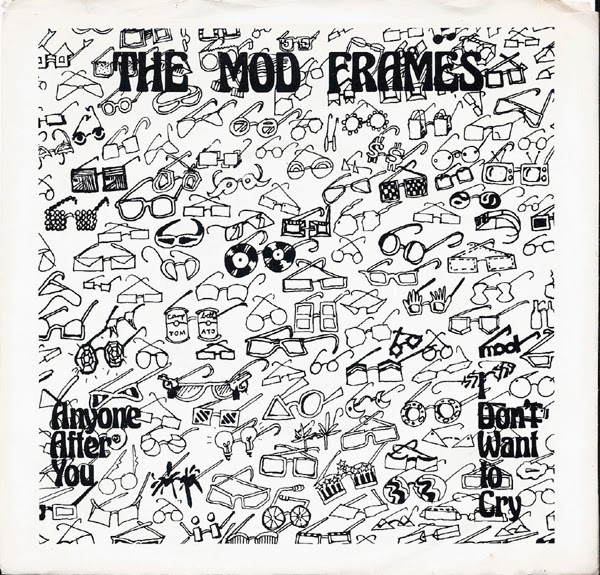 Here's the second, (and I'm guessing the final) single from The Mod Frames. Both records are totally worth owning. Anyone after you is super catchy 60's inspired powerpop, with great harmonies, hooks and hand claps, (what more could you want). I posted their first single a few years back and honestly, I haven't learned a whole lot more about the band than I knew then. However, here's a few things of interest. They seem to have been a five piece from the NYC area and Billy Altman, (Vocals and Guitar) has quite a resume. He's a Grammy-nominated critic, whose work has appeared in: The New York Times, The New Yorker, Rolling Stone, Esquire, Spin and Sound & Vision. He founded a music mag called Punk, back in the 60's, was longtime editor of Creem Magazine and a former curator, for the Rock and Roll Hall of Fame.

Fools Face ( I Could Tell Single) 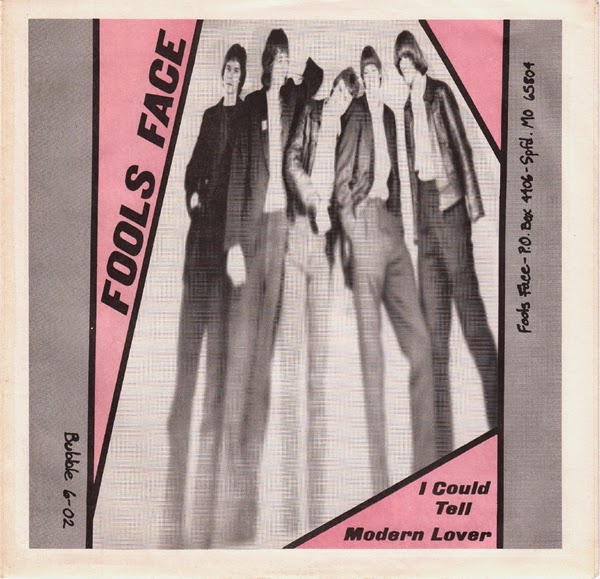 Fools face were a Springfield, MO based five piece that were around from the late 70’s, through the early 80’s. In all they released three full lengths and a couple of singles, (this being their first and my favorite) I’m not sure when it was released as there’s no date on the record, but the general consensus seems to be 1979. You can check out the Tell America LP over at The great Wilfully Obscure blog. 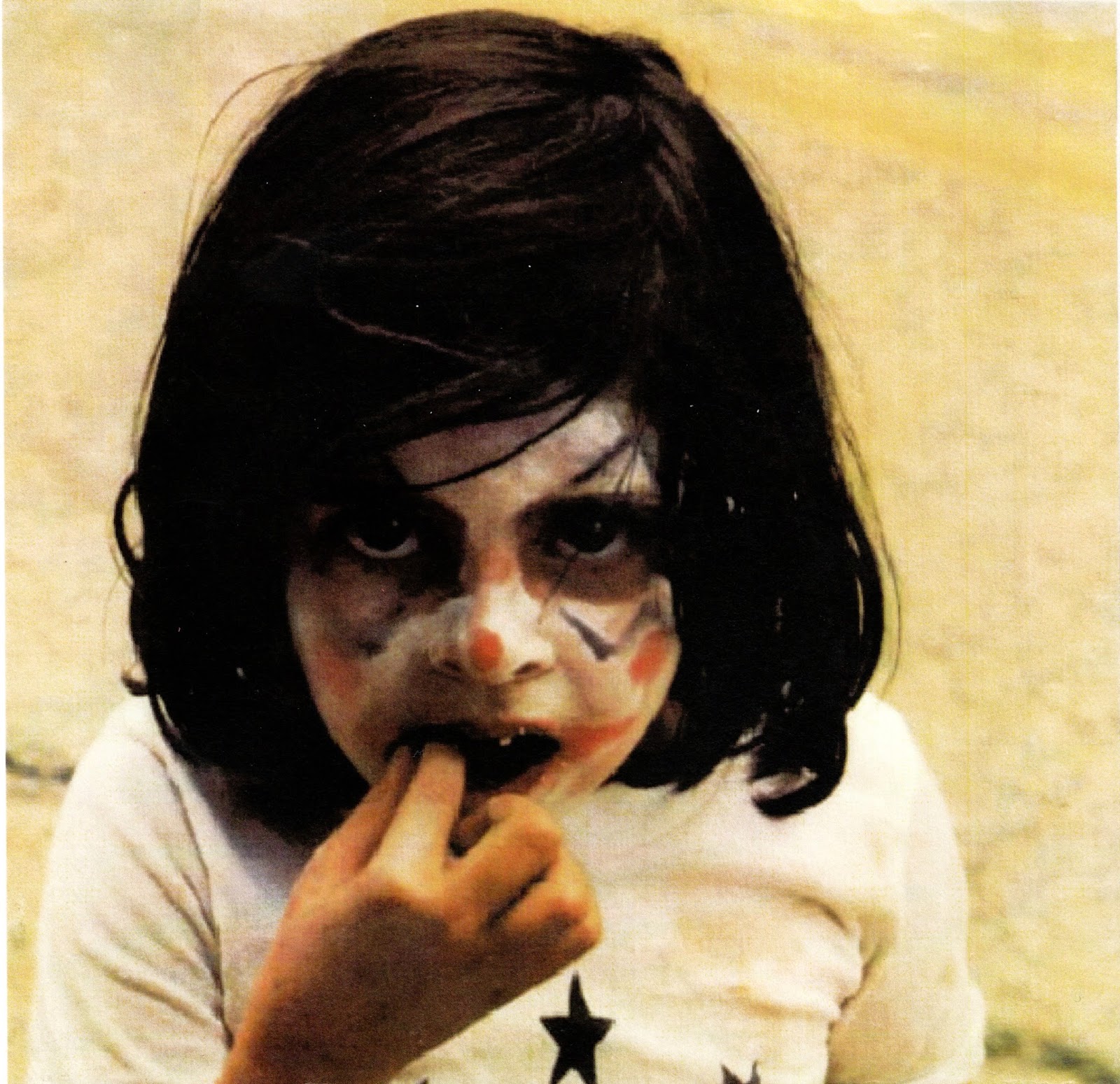 Re-posted per request, originally posted 11/12/11, new rips, Enjoy!
White Boy were a father son duo from Washington DC, that were around from 1977 to 1983. Mr. Ott, and Jake Whipp, were the only constants; the rest of the line up was somewhat of a revolving door throughout the existence of the band. Their first single, “Sagittarius Bumpersticker” was released in 77, and is credited as being one of the earliest punk records to come from DC area. White Boy’s recorded output, (as far as I know?) was four singles, (this being the third) and a 12” ep all on their own Doodley Squat Record Label.