X-Wires (All That I've Got Single) 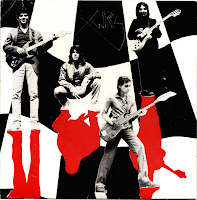 I want to thank Joseph Lisa for the info provided in his comment.
The X-Wires were a four piece from Bergen County NJ; that were around from 1982 till 84.
This single was self released with a pressing of 1000. Videos exist for Both Songs, check them out.
All That I've Got, is a great Powerpop tune, enjoy!

Protagonists (Hard On Me Single) 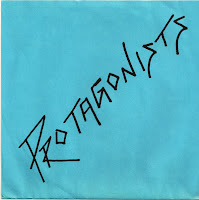 If I didn't know better, I would guess this record was from the 90’s. It has many of the attributes that became popular with many of the PopPunk bands from that era, ( driving guitars, nasally vocals), especially the B side (not that that’s a bad thing mind you). As it turns out, The Protagonists were a four piece from Naperville, Illinois; a city about 30 miles west of Chicago. They formed sometime in the early 80’s, and I think this may have been their only record. According to their Facebook Page; they were 16 year old High School kids, at the time. Unfortunately, I couldn't find anything else about the band. (Link Updated 5/5/12) 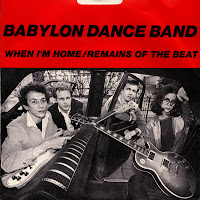 Kentucky doesn't necessarily have the warmest place in my heart, but I do like this record; Remains Of The Beat kind of reminds me of The Dicks a little bit. Anyway, In short I lived in a small town called Morehead, KY for a summer when I was a young man. Things didn't work out, I didn't fit in, and as a result; I found myself hitchhiking on Route 64 with a twenty dollar bill in my pocket across the state. I remember walking through Louisville at 3 o'clock in the mourning, looking at a sign that said "Welcome to Louisville Home Of The Kentucky Derby", on my way over a bridge that spanned into Indiana. I fell asleep under a tree in a small industrial park, and woke up in the mourning with a snake on me. I turned around, and hitchhiked all the way back to Pennsylvania. Maybe if I could have hooked up with the right people things could have been different. Babylon Dance Band were one of Louisville, KY’s earliest punk bands; they were around from 1978 – 1983.The band was formed by childhood friends, Chip Nold, and Tim Harris. Tara Key was recruited from the band “No Fun”, and after multiple drummers, Sean Mulhall, joined the group through a newspaper ad. Their recorded output was a cut on a four way split titled “New Accounts”, two singles, and a reunion LP in 1994 called “Four On One”. If you want to read more on the band, check out this site.

1 When I’m Home
2 Remains Of The Beat 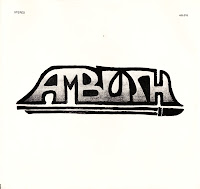 Ambush were a four piece, that appear to have been from Indiana. This was recorded at Home Grown Studios, in Bloomington; so who knows. I found zilch in the way of info; except a couple of LPs that I don't believe are the same band. The winner here (for my money) is the flip side, "Tell Me"; it's a great slice of fuzzed out Powerpop, but the A side is descent as well . If anyone would like to shed some light on this mystery band, don't be shy.

The Disconnects (...Are Healthy EP) 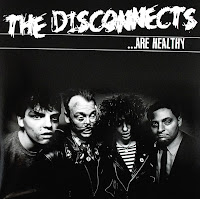 The Disconnects are a Neptune City, NJ four piece that have a great retro seventies edge with allot of New York Rock–n-Roll Attitude. Musically they make no secret of who their influences are, think: Heartbreakers, Dead Boys, Ramones. I got to see them live at their record release show for this EP last week, and I really enjoyed them. Front man Ryan Switzer, has a great stage presence, and is a really nice guy. Unfortunately I didn’t get a chance to talk to the rest of the band, but they were tight, and really seemed to enjoy themselves. I think there were only 30 people there, but they blasted through their set as if they were playing for a thousand; to me, that’s the sign of a good band. I believe this EP was first released as a cassette, and even the vinyl is in a very limited supply. In all I think the pressing is limited to 300 copies; 200 on black, and 100 on glow in the dark vinyl; that’s the one I bought. I included the first two tracks for you to check out, if you want to pick up a copy you can get one Here. I’m looking forward to hearing more from these guys in the future.