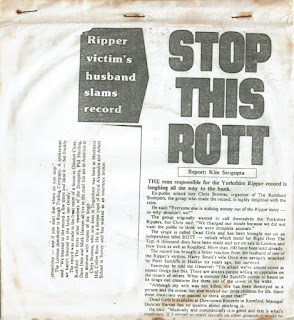 The Romford Stompers were a four piece from Glenton Close, Romford, London. I lifted most of this info from the record sleeve itself. They originally wanted to call the band, The Yorkshire Rippers but ultimately decided against it. There were 1000 pressed, with only a small number having sleeves. The record seemed to have been met with some public outrage; over the band making money off the misery of the victims and their families. I couldn't find anything on the flip, Mary & Ken. Three of the members, ( Harding, Dale and Hanson) ended up in a Electronic, Synth band called Famous Rays. They put out a full length in 1990, titled "Ending Beginning.Line Up

Myron Skau - Too Many Movies Single 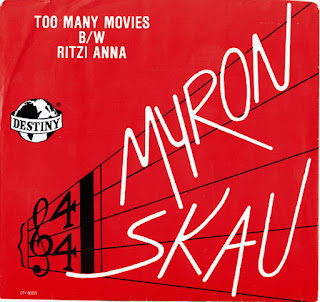 a re-post, by request, new rips and scans. Originally posted 8-29-2010, Enjoy!
Myron Skau were a three piece, from (I'm going to assume) the New England area. Unfortunately, as is the case with allot of bands, little or no info is to be found. Both songs are good, but my favorite of the two is definitely the flip side.
Line Up
Gilbert Prescott - Skins
Johne Maul - Simulated Ivory Tickler
Kevin Donovan - Vocals, and Strings
Destiny Records 1985
1. Too Many Movies
2. Ritzi Anna
♫♫►►You're Looking For Something To Frighten You◄◄♫♫
Posted by Frank Miller 4 comments:

The Cads - Do the Crabwalk EP 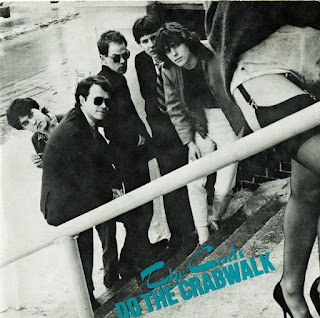 a re-post, by request, new rips and scans. Originally posted 5-16-2009, Enjoy!
Guessing this is the only release from this Toronto five piece. I like this record, it's lo-fi production adds to it's charm. These guys have a great sense of humor. Reminds me of releases from midwest bands such as the Gizmo's or the Bizarros. Four members of the Cads are or were in a band called the Lost Anglers.
Line Up
John Korvette - Bass
Chris Terry - Drums
Bag Asteroid - Vocals
John Ford - Guitar
Glen Binmore - Guitar
Bi-R Records 1978
1. Do the Crabwalk
2. You Weren't Born Yesterday
3. Over My Dead Body
4. Sex Was the Only Way Out
♫♫►►I Watched Her As She Picked Her Nose◄◄♫♫
Posted by Frank Miller 5 comments: