The Sherlocks - You've Made a Mistake 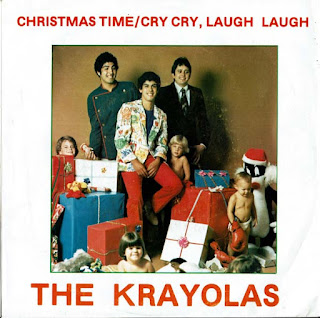 We're certainly living in crazy times.... That said, I wanted to take a moment to wish all of you, a Merry Christmas and Happy New Year! I hope you and your families are Safe, Healthy and Happy and Prosperous!
The Krayolas were a San Antonio, Texas four piece; that were around from 1975 to 1988. If you would like to read more about the band, look Here and Here. 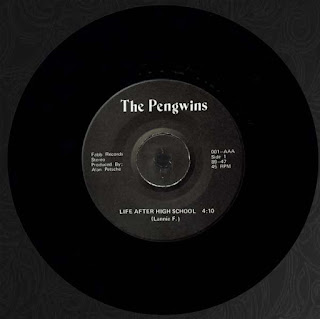 The Pengwins were a four piece from Kennedale, Texas, that formed in 1976. They released this EP and a single, (Small Vacation / Don't Be a Girl About It) between 1978-1980. Both releases were small pressing's of 500 each. A 6 song, 12" EP titled, (Mad About the Band) followed in 1988, before the Pengwins disbanded in the early 90's.
If you're interested in reading more about The Pengwins, go check out Mike's Cheap Rewards Blog; he did a great job researching the band!Lannie Flowers - Guitar, Vocals
Delbert Raines - Bass, Vocals
Alan Petsche - Guitar
David Bryan - Drums

♫♫►►Can I Still Sneak Under The Bleachers With You◄◄♫♫
Posted by Frank Miller No comments:

Smile - How the Race is Done