The Works (You're Just A) Button On A Shirt Single 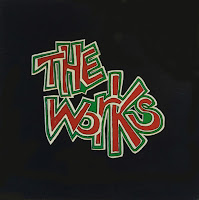 Here's a nice slab of Guitar driven, hooky Powerpop, from 1979 for ya, (well, the a side anyway). I want to give a big thanks to Bruce from the always amazing, My Life's A Jigsaw Blog; for information on these guys. Bruce's knowledge and collection, never cease to amaze me. Describing themselves as "Sydney's full-on raging, foot-tapping, Rock 'n' Roll outfit"; The Works were a Australian four piece around in the late 70's that eventually became, Brave New Works. Far as I know, this was their only release as The Works.