The Butch McCarthy Band ( Special To You Single) 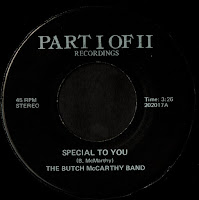 The Butch McCarthy Band were a 4 piece from New Bedford Massachusetts. They formed in the late 70's and continued till the mid 80's. This single and a comp track were their only releases. A rare picture sleeve exists but unfortunately, mine isn't one of them. 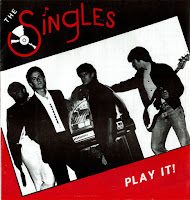 The Singles were a four piece from Santa Cruz, California. The band formed in 1982 and disbanded by 85. This appears to be their only record, with a pressing of less than 500. If you want to read more about the band; the Cheap Rewards Blog did a nice piece on them a few years back.

Cavern (No Reason to Cry E.P.) 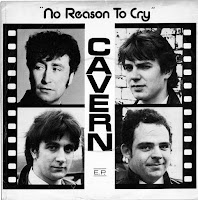 a repost by request, originaly posted 4/11/11, new rips and scans, Enjoy!
I've always been a sucker for mid Sixties British invasion revival bands. This one was Preston based; and they released two Singles:"No Reason to Cry" and "Rain Until September". If you want to know more about Cavern; I found two Myspaces for you to check out: HERE, and HERE.