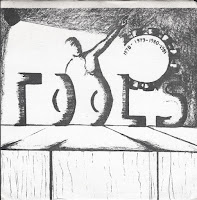 By request, here's the third and final offering from San Francisco's, The Tools.

The Original Sins (Party's Over) 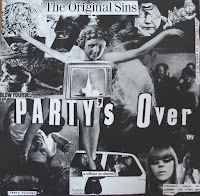 By request, a re-post, originally posted 4/18/11, New Rip.
Here's a band from my back yard, I had the pleasure of seeing live a few times over the years. The Original Sins were a four piece from Bethlehem, Pennsylvania, that began around 1987. Their last LP was in 1997, but it's possible they may still get together once in a while in some form. John Terlesky also spent time in The Creatures, as well as a few other projects, such as : Fuzzface, Crush Nova, Suffacox, Brother JT, and Vibrolux. As of 2007 he was still releasing records under Brother JT, but I'm not sure if he's still doing that either. The sins released at least 9 full lengths, and a half a dozen singles. This is my favorite Sins record, oddly enough, it was released on the Australian Dog Meat Label. Party's Over is a compilation of songs, and unreleased outtakes from their The Hardest Way cd, as well as a remix from their 1987 Bar None Single. Here's a couple of articles you can check out.