Pop Stress - So Good To Be In Love Single 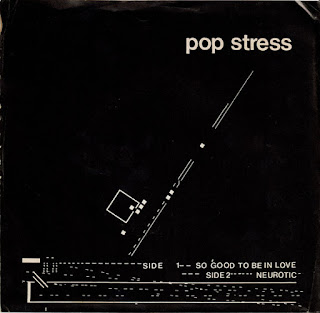 Pop Stress were a Montreal, Canada four piece that were around from 1980 through 1982. This single was their only release during that span. I'm guessing it was self released as the band reformed in 2012 and released a full length titled, "Full" on the same label. If you want to hear it and more, check out this Soundcloud page.
Line Up
Charles Foucrault - Vocals, Guitar
Martin Thibodeau - Bass
Janno Hermandez - Drums
Yves Frulla - Keyboards
Micatube Records 1981
1. So Good To Be In Love
2. Neurotic
♫♫♫►►Your Face Was A Mess◄◄♫♫♫
Posted by Frank Miller No comments: 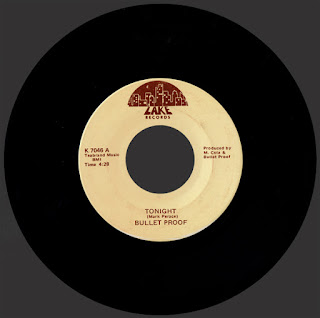 Happy Thanksgiving everybody! Here's one I hunted for quite a few years; it's a tough one to find for sure. Unfortunately, info on these guys is even harder to come by. The only thing I could find is they were from Ontario, Canada. Tonight is a revved up rock-n-roll tune. It's ok but the flip is why I searched for this so long. Broken Promises is super catchy, rock inspired pop, complete with piano. Great stuff, Enjoy!
Lake Records 1982
1. Tonight
2. Broken Promises
♫♫♫►►Dry Your Eyes Your A Big Girl Now◄◄♫♫♫
Posted by Frank Miller 2 comments:

The Press - Fodder For The Critics 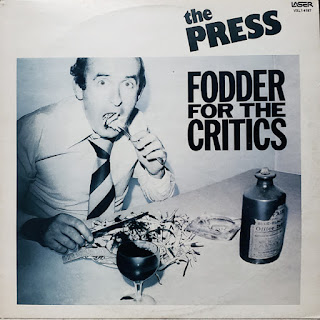 I seen this one for sale a few times over the years but never heard it. I finally got my chance when the Short Sharp Kick In The Teeth Blog posted it about ten years ago. A few years later, I finally scored a nice copy for myself. Since no longer available to hear; I figure this is a good time to add it here. It's a great record, with a nice mix of pubrock, pop and a few punk smashers for good measure. Trapped In The Wreckage is my favorite of the bunch.
The Press were a Sydney, Australia four piece; that were around from 1977, through 1979. Besides this Lp, there's also a single; both are on Laser Records Label.
Line Up
Steve Kot - Vocals
Bruce Cumming - Guitar
Michel Brouet - Bass
Rick Doolan - Drums
Laser Records 1979
♫♫♫►►If I Ever See That Guy Again◄◄♫♫♫
Posted by Frank Miller No comments:

denizens - In The Crowd.. Ep 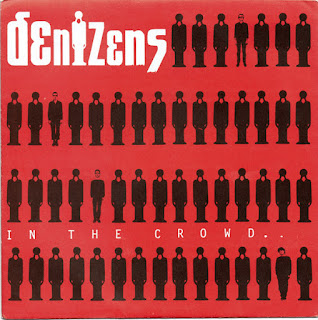 denizens were a Birmingham, England three piece, around from 1978-1980 or possibly 81. Bassist Gavin Lawson also spent time in: John Dowie & the big girls blouse and Brent ford and the Nylons. Teoman Irmak was added on this one to play Synthesizer. Beside this Ep, denizens recorded output was: a self released cassette titled "People Of The Night" a single on the Big Records label, and a few comp tracks.
Line Up
Andy Downer - Guitar, Vocals
Gavin Lawson - Bass, Vocals
Teoman Irmak - Synthesizer
Rob Bright - Drums
Citizens Records 1980
1. I'm Not Rich
2. Frontier
3. Power
4. Waiting Room
♫♫►►You're In The Wrong Generation◄◄♫♫
Posted by Frank Miller No comments: 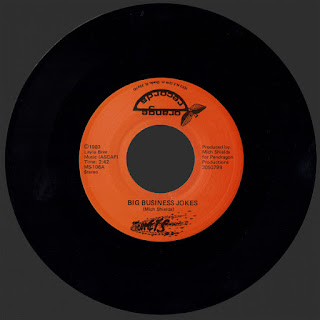 The Comets were a Ocala, Florida three piece. They met and formed in Nassau, Bahamas around 1980. This is the second of two singles. They also released a 10" titled "Pick of the Litter" all on Orange Records. I can't speak for the other records, as I've never heard them but as well documented; this single sounds very Jam like. For me, I love the Jam so as they say, "Imitation is the sincerest form of flattery". I was always under the assumption, singer Mich Shields probably put on his British accent, which was done by a few US bands of the time. To my pleasant surprise while researching the band; I discovered Mich was actually from London, legitimizing them even more . I saw what appears to be a picture sleeve floating around the net for this but I've never seen one for sale, so it may not be real. At any rate, these guys kicked ass, the tunes are catchy and the drum and cymbal work on Big Business Jokes is just incredible. If any of you happen to have the other two records, I'd love to hear them..
Line Up
Mich Shields - Vocals, Guitar
Harry Burns - Bass
Joe Mach - Drums
Orange Records 1983
1. Big Business Jokes
2. Help Me
♫♫►►It's A Holiday I've Been Looking For◄◄♫♫
Posted by Frank Miller 4 comments: