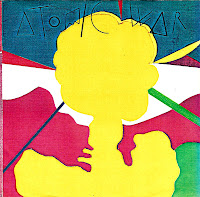 Leo Keling was from Austin Texas. The thing about this record is, the A, and B sides have different backing musicians, and it definately sounds it. I don't own it, but Leo recycled Atomic war with a different B side in 1981 under the band name The Roentgens.

Don't Step On My Shoes

Thanks for posting this Frank. Been waiting a long time to hear it.

Your welcome Mike, glad I could help. Thanks for the comment!

Frank, I just finished downloading a year's worth of your posts since the govmt. shutdown...absolutely fantastic stuff. Thanks so much!

Hi Matt, thanks for the comment. I'm glad your enjoying the site!