The Kids (Pop "N" Roll With The Kids) 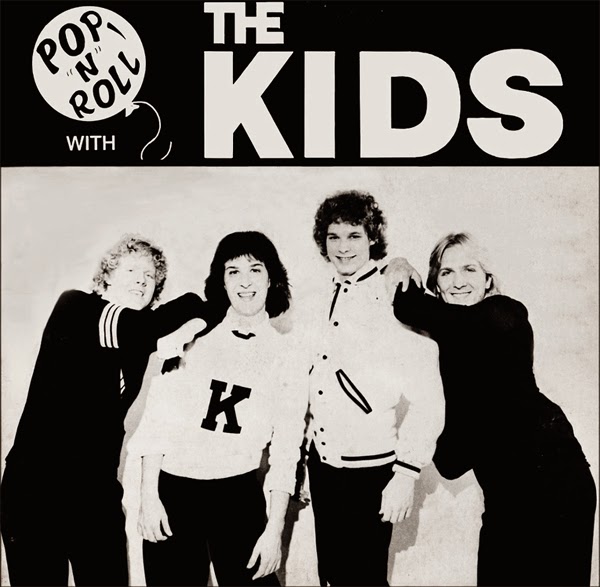 Here's one of about half of a dozen bands (that I can think of anyway) that called themselves The Kids. These Kids appear to have been a four piece from San Antonio, Texas. This classic, self released, (I'm assuming) 10" slab of Powerpop euphoria; as far as I know, is their only release. I found a couple of mentions online that place this as being released in 1985; but I'm not sure because there's no date on the record.

Awesome! Love your blog, but I was afraid for awhile it was becoming inactive. :) Glad to see it hasn't!

Thanks man, I appreciate the comment. Between work and home I haven't had much time to work on the blog, but I trying to keep it going.

Thanks for this great unknown powerpop pebble!!

My pleasure, thank you for the comment Rémi T. Keep up the great work on your blogs!

This is a real treat!
I have been looking for this record ever since Jordan Oakes waxed ecstatic about it in his Yellow Pills fanzine about two decades ago.
A million thanks, really.

Your welcome Philippe. It's a pretty tough one to get. Thanks for the comment.

Thank you, this is nice.

And yes, there are several (at least!) bands called The Kids. My favorite became The Real Kids up in Boston.

Just think, nowadays when you're sitting around trying to pick a band name, it takes 2 seconds to just google it to make sure nobody picked it already.
But back in the day, you just went with it, and it never became an issue unless you started to get more than regional fame.
Confusing times....

True, the internet brought everyone together; but at the same time seemed to make things more complicated. Even though they're not represented on my blog; I love The Real Kids, great band! Thanks for the comment.

Could've sworn saw a 45 record of theirs at a record convention in San Antonio once. Looked like the same photo used on the 10-inch cover. IIRC, they were Alamo Heights High students. Never heard of them at the time and was turned-off by their generic band name. Shoulda bought it while had the chance. C'est la vie....