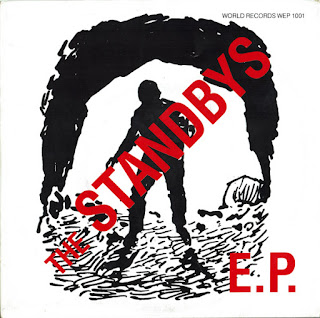 The Standbys were a San Diego, California, four piece; that formed in 1979. They released this ep in 1980. I read they released a full length titled, "Buy Now or Die Dumb" but I couldn't find proof of it's existence . They called it quits in 1985.

They opened for the Clash in 79 and Mick Jones thought they were really nice ... listening to "Wasn't he happy" it's easy to understand why ! Thanks!