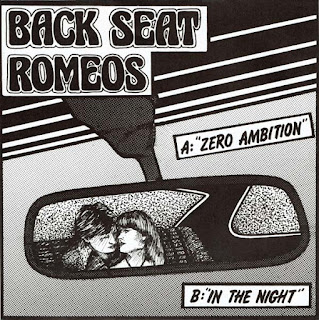 Back Seat Romeos were a three piece from Lincolnshire, England. The band formed in 1977, originally calling themselves The Classics. 1980 brought about a name change and this, their only single. 1000 copies were pressed. They called it quits the following year.

Future Earth Records 1980
1. Zero Ambition
2. In The Night
♫♫►►No Pride In Themselves◄◄♫♫
Posted by Frank Miller