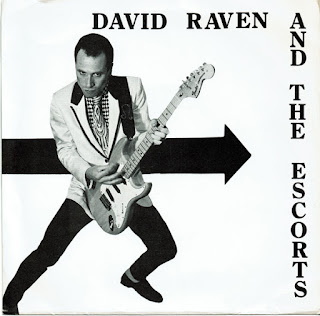 David Raven and the Escorts were a three piece from Vancouver, British Columbia. I'm guessing the band probably formed around 1979 or so. They released a single, a couple of EP's and a full length titled, " Stab in the Dark". Not sure if it's legit but all three guys are named David?

Saw him in a Vancouver club either in 1980 or '81. Cool music, even though it seemed like he was an older guy trying to latch on to the New Wave scene. "Play Time For Singles"...off the album, is a great ersatz Elvis Costello song.

A fairly common occurrence of the time. Many defectors from 70's rock outfits jumped on the Punk/New Wave/Powerpop train. I know it was often frowned upon but some of the crossover resulted in a more professional approach. I guess you could look at that as a positive or a negative but some classic tunes were yielded, none the less. Thanks for the Comment!

Thank you very much for this (and for all)!! Cheers.

You're welcome. Thank You for commenting!