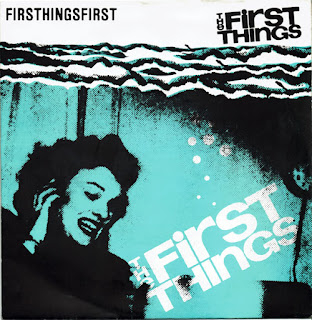 The First Things were a Champaign, Illinois four piece, around in the early 80's. This was the first of two offerings, ( that I'm aware of anyway). I'm guessing it's self released. A 12" EP titled, " A Nation of Employees", followed in 83 on Hysterical Records. Mel Eberle went on to form The Arms of Someone.

1. Bodies In the Backyard
2. Pretty Mouth
3. You're Not In LA Anymore
4. Bad Chemicals

♫♫►►Your Golden Coast Is Just A Memory◄◄♫♫