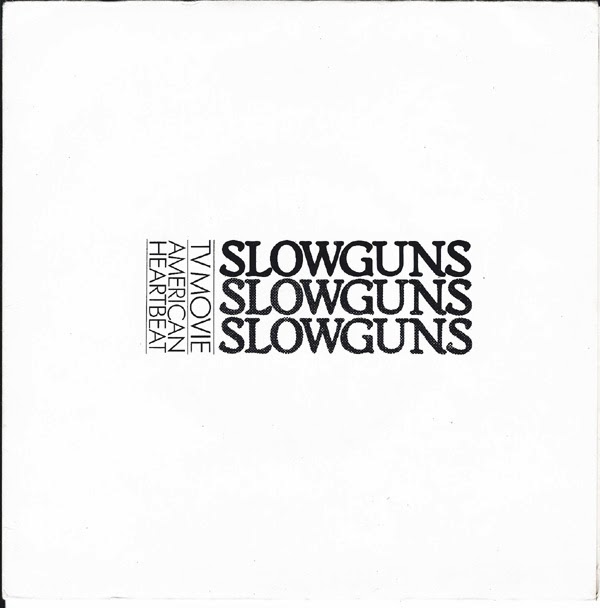 A re-post per request, New Rips and Scans; originally posted 06/18/09 and 07/01/10,
I've been trying to catch up on some requests, if I forgot yours, let me know. I decided to include both singles, Enjoy!!
The Slowguns were a short lived four piece from Stockport England. The band consisted brothers, Peter and David Daulby, Terry Podmore, and various drummers.Their first single, released in 1978, was "T.V. Movie" backed with "American HeartBeat". The single garnered praise from John Peel, and was voted joint record of the week with The Not Sensibles "I'm in Love with Margaret Thatcher" in the English music journal Sounds.
The second single "The Time Is Right for Us" backed by "My Karma" was poppier and less angular than their first outing but met with little success. Internal dissent within the group caused them to split in 1980. An abandoned Lp, is said to exist but has yet to come to light. 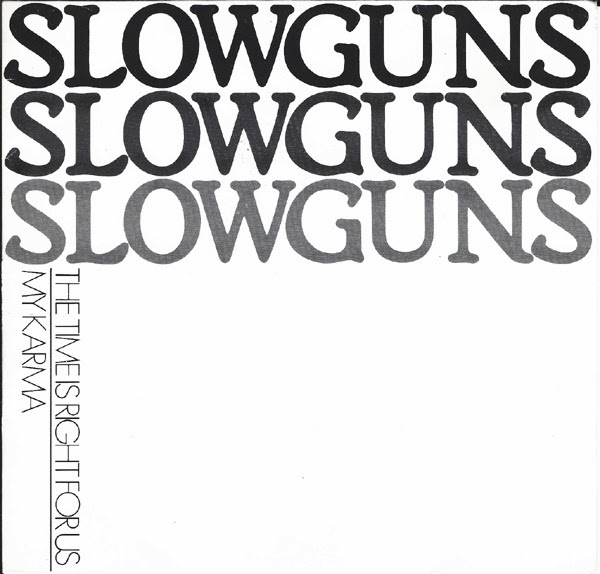 There are no words to describe this gem. A cup for you Frank!

I just found you site, it's going to take me a long long long long time to go though your previous posts, so much of the good and the obscure.
A.J

thanx for the postings Frank

Many thanks to everyone for all your kind comments.They are very much appreciated. I get very little time to work on this blog , so please dont be offended if I dont answer you.

Hi Frank- any chance you could re-up this Slowguns 7"? I missed it when you first posted it some years ago- thanks, and keep up the great work!

Thanks so much for the re-up!!!

No problem, happy I could help. Thanks for the comment.

Slow guns - TV movie also appeared on Shake some action (vol 1 -uk) compilation cd.
Some other great tracks on there my fave being another endorsed by john peel . The quads - there must be thousands.