Shadowfax (The Russians Are Coming) 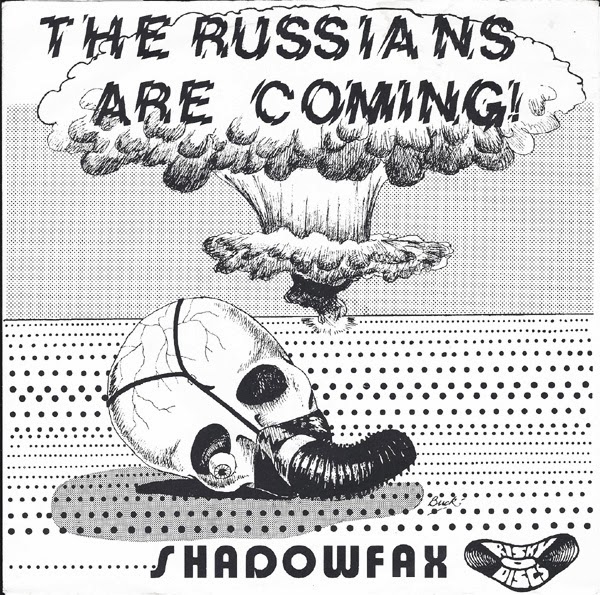 As great as this record is; I'm surprised how little info regarding these guys is available. The record yields little; not even the band members names, anyone ?
Shadowfax were a short lived London based outfit. To my knowledge, this was their only record; it was self-released on their own Risky records label. The single was only available at their gigs and via mail order from the band themselves. I have seen other records by a band, or bands of the same name; but I don't think it's the same band, but I could be wrong ? If this message board is accurate, sadly there's been allot of Death and tragedy involving a number of the band members, as well as people closely associated with the band.

1. The Russians Are Coming !
2. Calling The Shots

happened onto this single on youtube and then found out it was posted to your blog after the fact (though I have been going to it off and on for years). I have to say I really really like this stuff, too bad there was never an album. When I couldn't find anymore info on the single I was really hoping that they made an album by another name after finding out about the US group with the same name, but I guess that was not meant to be.

Yeah, it would have been great to hear more from these guys. Thanks for the comment!