THE FLYS (LOVE AND A MOLOTOV COCKTAIL) 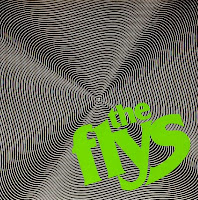 This is probably my favorite record by the Flys but, you really cant go wrong with any of their singles. Livin in the sticks, and Name dropping finish a close second.The Flys formed in Coventry, England in the mid-'70s, and consisted of singer/guitarist Neil O'Connor (whose sister Hazel later had her own solo singing career), guitarist David Freeman, bassist Joe Hughes, and drummer Pete King. The band recorded a demo in 1977 that failed to attract much attention from record companies, so they formed their own Lama label and put out an EP, Bunch of Five, around the end of the year. That caught the fancy of EMI, which signed them up in a hurry and put out the EP's "Love and a Molotov Cocktail" as a single. The full-length Waikiki Beach Refugees appeared in 1978, featuring a tightly constructed set of mod-pop tunes that unfortunately preceded the full-fledged mod revival spearheaded by the Jam just a few months later. Several Flys singles appeared in early 1979, culminating in the release of Own; intraband quarreling had led to King's departure and the arrival of Graham Deakin, the former drummer of John Entwistle's Ox. A move to Parlophone Records did little to salve the bickering, and the Flys broke up in 1980. O'Connor joined his sister Hazel's band and then took his skills behind the scenes as a producer, arranger, and engineer; Freeman performed on Alison Moyet's Raindancing album, played briefly with Roddy Radiation and the Tearjerkers, and then formed The Lover Speaks with Hughes; Pete King went on to join After the Fire before his untimely death at age 26.
.
REFERENCES - ALLMUSIC http://www.allmusic.com/cg/amg.dll?p=amg&sql=11:h9fpxqy5ldse~T1
.
EMI RECORDS 1977
.
1. LOVE AND A MOLOTOV COCKTAIL
2. CAN I CRASH HERE
3. CIVILIZATION
.
***DOWNLOAD***
Posted by Frank Miller