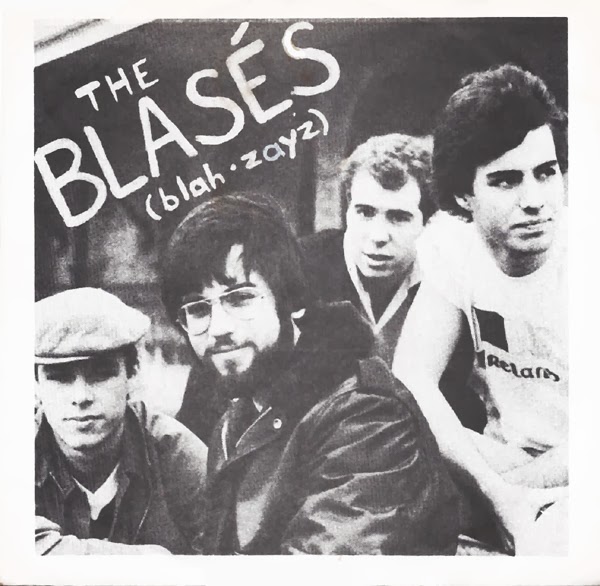 Re-uped by request, new rips and scans, originally posted 11/02/11, enjoy!
The Blases were a New Jersey four piece that formed in 1979.They became a very popular live band; playing many of the NJ bars and clubs, as well as receiving allot of college radio airplay during the ‘80s through the ‘90s. Videos for the songs "You Don't Know Me", and "Time Walks Away", both were aired on MTV. A video for All Night Long appeared in a film titled "Rockin' Brunswick"; a movie that focused on the thriving ‘80s music scene. Sadly Bassist Paul "Rock" Verdon, who played on this, the bands first single died in a train accident, in 1985. An LP Titled "The Blases" was released in 1989, on the Permanent Rave Record Label. I included a few tracks from it with the post. I'm really not sure if The Blases released anything else. I found This webpage, that links up to their videos.

This is amazing! Been looking for this for awhile. Thanks so much!

This is brilliant. We recorded All Night Long/Me and You thirty years ago this winter and I still have the Moog we used on Me and You. Now I have a copy of the songs again too!
Billy Donohue

Just came across the site - thanks for keeping the old music going. Keep your eyes open for some old Blases 'Live' video from 1986-1987 Just found it in the archives. Should be on You Tube soon.
Thanks again.
George 'Duke' Decker

Thanks a lot. Very good

I went to high school with Bill Donohue and followed the band until we parted for college. Still have this single, in the original sleeve, and plays great! Thanks for the memories, -seems like a lifetime ago - oh yeah, it was!