The Bounce (So Excited Single) 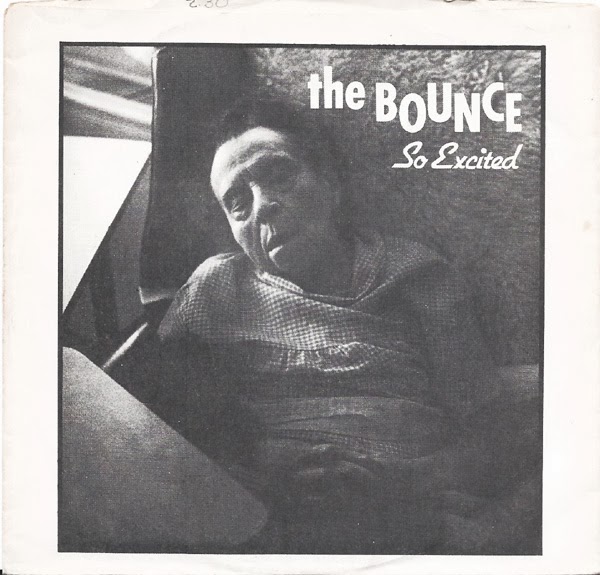 Re-uped by request, new rips and scans, originally posted 10/28/10, enjoy!
Here's a cool little powerpop record with great female vocals. "UPDATE" I was recently contacted by Larry Lachmann, who was the Guitar player for the Bounce. He was kind enough to provide me with his recollection of the band, thanks Larry!!!
The keyboard player, Matty Hahn and the drummer Dave Hall were in a band called the Bees. David Johanssen recruited their bassist and guitarist for his band. I met Dave Hall at a club called Hurrah in NYC seeing a punk band "999". Dave and Matty were auditioning guitarists along with Barbara Homeyer on vocals, who was then Matty's girlfriend. (later they married). I got the job when I showed them a song I was working on. We played in Manhattan at Max's Kansas City, Great Gildersleeves, Hurrah and a few others whose names I don't remember. We played at a lot of places in jersey,as everyone but me was from there. Dave Hall acted as our booking agent from his office at JEM Records, which was an import record distributor. We played The Dirt Club often, The Meadowbrook, which was enormous and we actually managed to fill it up! Again there were many other clubs whose names I have forgotten! We played out fairly regularly for 4 years, opening for bigger acts also such as Squeeze and Billy Idol.
We put out the "So Excited" EP early on with the original lineup. Later we had a 12" EP "Things That Go Bounce In The Night" with our new bass player (Barbaras brother) and a rhythm guitarist was added.Band members were; Matty Hahn, (keys, vocals) Barbara Homever, (lead vocals) Steven Anthony, (Bass) Dave Hall, (drums) and Larry Lachmann (guitars).

Glad you like them, So excited is a great song.

I agree, So excited is the best. They gave up to early, but hey, at least they left some trace ...