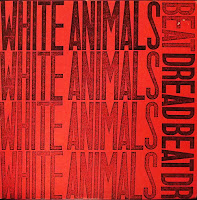 By request, here’s another re-post from a couple of years ago. Instead of reposting both records separately; I decided to re-record, and combine (what i consider to be the highlights) from them into one.
The White Animals were from Nashville, Tennessee. During a span of seven years between 1980, and 1987, they released four LP’s, an EP, a Live LP, and at least a single, or two. If you would like to read more about the White Animals, here’s a bio at Allmusic, and their Myspace. 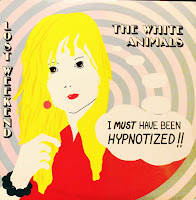 Thank you so very much for the White Animals "Lost Weekend/Nashville Babylon" recordings. You are appreciated... Great memories of the band in Oxford...

Your welcome Reagan. Thank you for the kind words.

Really happy to come across this - thanks for putting these up, but no "Secret Agent Man"??

Hi Greg, Maybe down the road, I'll post both records in their entirety.

That'd be great - i worked at my university's radio station back when these guys were around and played the heck out of this album - recently came across a few of the songs on Google music and was reminded how great this album was. Thrilled to see these uploaded somewhere.

Hi Greg, I'll see what I can do for you. It may be a while though, as Lp's take a while to record. I used to have a radio show on a college station too, lol. Take Care and keep a watch; I'll get to it eventually.

Thanks for this Frank - really appreciate this, seems like this album only exists on vinyl anymore.